Wegar Viking’s home port is in Longyearbyen during autumn, winter and spring. The vessel is named after the largest owner and entrepreneur Wegar, who lives at Hennes in Vesterålen.

Wegar Viking is a fast-moving vessel with one engine and thus we help to put a smaller footprint on the globe (50 percent less than similar vessels). Our vessel and concept enters Svalbard during summer, and therefore Wegar Viking will sail Longyearbyen, Isfjord and surroundings from May to November.

Wegar Viking is practically built and can therefore sail close to land where there is something to look at, and where there are cultural monuments and where there have been historical activities. That is why Wegar Viking has a mini-Wegar (rib) on board that takes you ashore with our certified Svalbard guide and security officer.

On board the Wegar Viking there is always a Svalbard guide, a security officer (where needed) and a captain. 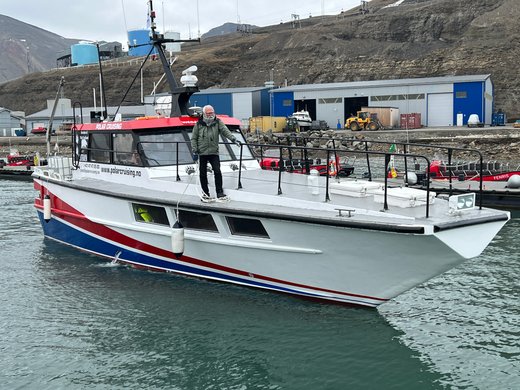 Teamwork on our boat is an essential key and is high in focus so the journey is not just a journey, but an experience.